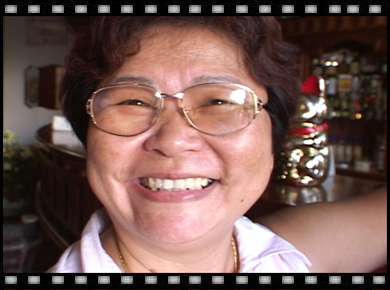 In the middle of the Indian Ocean sits Chez Manuel, a restaurant run by Manuel’s wife Colette. In Colette we discover an innovative self-taught chef who serves up inventive new dishes combining Hakka Chinese, Creole and Indian flavors. Colette and Manuel, together with other members of the Hakka Chinese community, give us insights into the Hakka Chinese and their conservative traditions and values.

Port Louis reminds me a lot of the Singapore of the 1950s: storm gutters in front of two-storey Chinese shops, palm trees in the tropical breeze, Hindu temples, Buddhist temples, Chinese temples, Anglican churches and British colonial architecture everywhere.  I found Chez Manuel quite by chance on the afternoon before my evening flight back to London.  Joseph Tsang Man Kin, the former minister of arts and culture, had told me that the best Chinese food is in a village forty-five minutes away, so I quickly hopped into a taxi and headed for St. Julien to get the life story of Colette Li Piang Nam.

The most remarkable feature of Mauritius is the sugarcane fields.  They dominate the landscape and are important to the economy.  Colette started her working life serving noodles to plantation workers and we close the episode with sugarcane fields flying by outside our car window—the  lasting image I would take away from the island.  On the last day of our hectic shoot in Africa, having just flown back from Madagascar and not having a hotel reservation, we seek calm in a village beach motel by the still sea and the setting sun, another image that we would treasure forever.

The traditional dance music of Mauritius is the sega, sort of the Creole version of the polka.  Sometime in the mid-1980s, Mauritian rasta singer, Joseph Topize—also known as Kaya—started fusing sega with West Indies reggae and the result is seggae, which he popularized on the island until his untimely death in 1999.  In the late 1990s, Indian musical motifs appear in seggae, popularized by Indo-Mauritian youths seeking their musical roots.  Ras kouyon, sung in Creole and accompanied by sitars and tablas, is a perfect example of the fusion that reflects the island’s diverse cultural fabric.